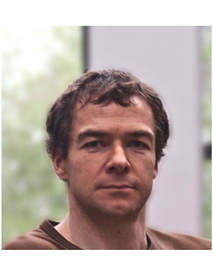 Piet Wambacq received the M.Sc. degree in electrical engineering and Ph.D. degree from the Katholieke Universiteit Leuven, Leuven, Belgium, in 1986 and 1996, respectively. Since 1996, he is with imec, Belgium, working as a Principal Scientist on CMOS design for wireless applications. Since 2000 he is also a Professor with the University of Brussels, Brussels, Belgium. He is currently a member of the program committee of the European Solid-State Circuits Conference (ESSCIRC) and he chairs the RF subcommittee of ISSCC. He is a senior member of IEEE.
Basics of 60GHz front-end building blocks in CMOS:

As mm-wave operating frequencies are relatively close to the cutoff frequency of the active devices, little design freedom is left for the front-end building blocks in mm-wave radios. Furthermore, layout parasitics have more effect at mm-wave frequencies than in the low-GHz range, which has been for a long time the domain of RF CMOS design. As a result, careful modeling at mm-wave frequencies is needed for all components, which slows down the classical RF IC design flow. Furthermore, as impedances at these high operating frequencies get lower and the wavelength on chip is just a few millimeters, on-chip versions of classical discrete microwave components need to be designed such as transmission lines, couplers, splitters, hybrids, ... This talk focuses on the design of 60GHz CMOS low-noise amplifiers and power amplifiers and the passive components that are typically used in these circuits. The design of these blocks will be explained step-by-step. Fundamental metrics for noise, linearity, and impedance matching will be addressed.